Merry Christmas to me

….I have a new power pole to bring electricity to my house.  And, I LOVE IT!

Now that may not sound exciting to some of you – but if you have a 30 year old pole that your meter is sitting on, is rotten at the bottom and in danger of falling – it’s very exciting.

The electric company had decided to also set one of their poles in my yard as the wires were hanging a bit too low from their big pole to my scrawny one. I was fortunate they did it at the same time as my pole was put in so I wasn’t without electricity but once.

The guy in the bucket is actually holding the wires up while they get everything ready to put their pole in. 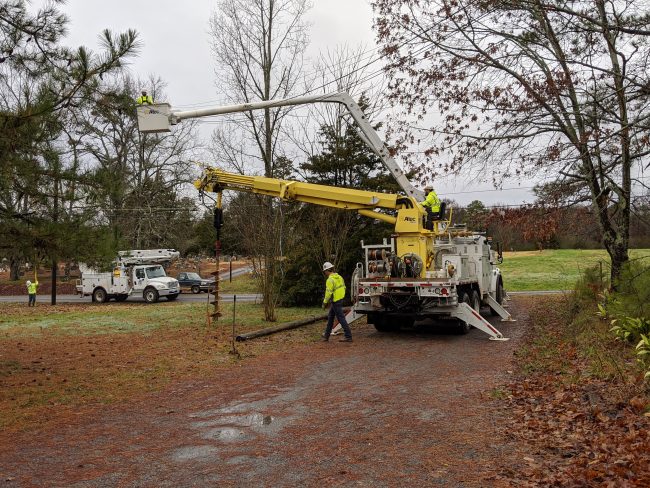 You can see the big auger on the truck that actually dug the hole – MUCH quicker – not to mention easier than it used to be. 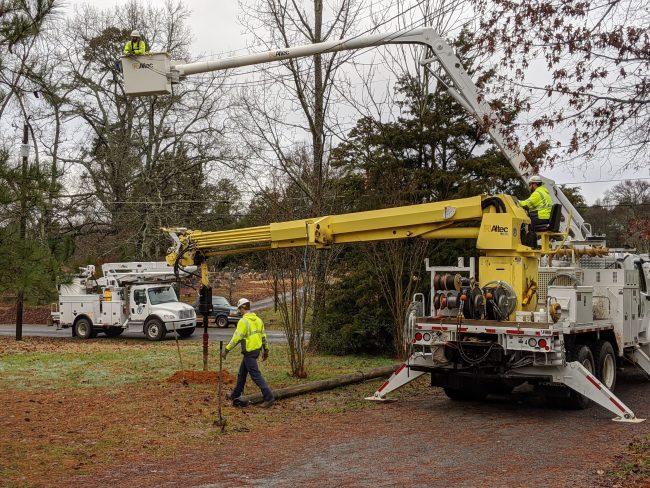 It’s amazing what all their equipment can do.  I was only without power for about 2 hours and while it was a rainy/misty day, the temps weren’t too bad, so I was fine. The guy is still holding the wires while the truck brings their pole to the hole. 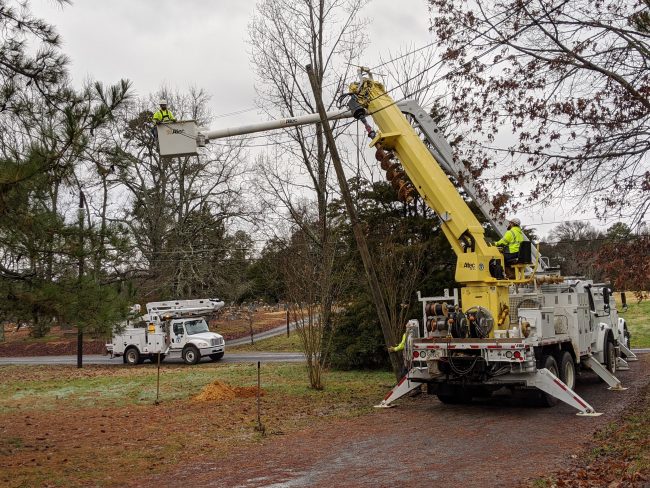 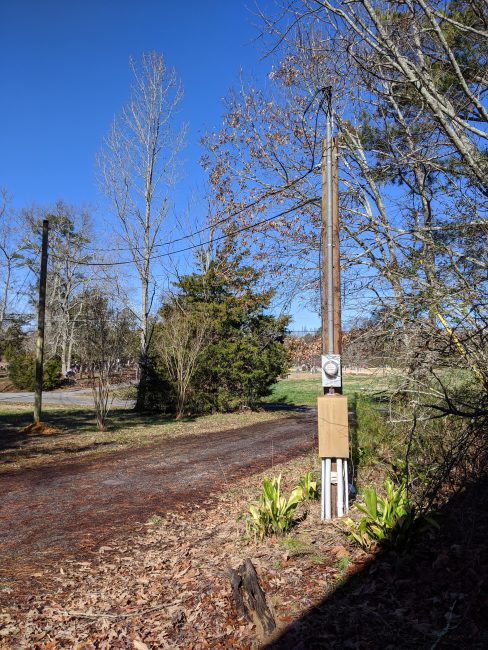 Pole on the left in the above picture is the new electric company pole – the one on the right is MINE…. it’s standing up straight and isn’t leaning over the driveway.   Isn’t it the prettiest pole you’ve ever seen?!!!   Merry Christmas to me!!  If it lasts 30 years like the last one I won’t have to worry about it. 😉

This entry was posted in At Home, Blessed, Whatever and tagged Christmas, electric company, electricity, power pole. Bookmark the permalink.