I live in a county that has mountains and valleys.  Fortunately, I live on a mountain – but there has been much flooding in low lying areas.  And even here, if your home was built low you might be in trouble.

Though my pond doesn’t hold water much anymore it’s full now (that’s another story).  I love it being full – and with all the little pine trees coming up where they’re not supposed  to be, it’s a haven for wildlife (that I can see from my living room).  I’ve had quite a number of deer wandering around – love watching them.  Mallards, and the ever annoying heron (though he’s out of luck now, no fish there). 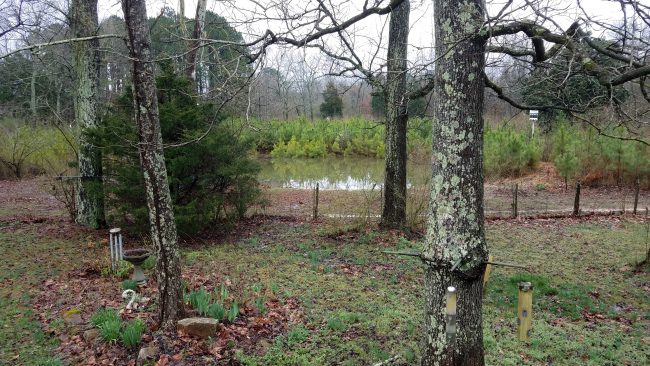 And the creek has overflowed it’s banks and really rushing to the culvert under the road. 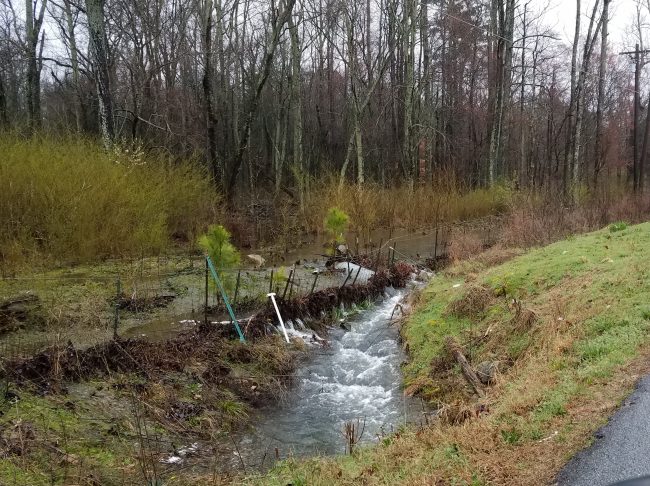 Of course there’s standing water everywhere.  Not nearly as bad here as it has been in other places, but I’m a big baby these days about being out in the rain and definitely hate to drive in it.  There are roads washed out, Guntersville Lake is about as high as I’ve seen it, and they say the dam is releasing about 2 million gallons a minute (that’s a LOT of  water).  Thankfully the sun is shining now. 😄

And, then there’s the  pain that can go along with weather   ….yeah – they do go together – unfortunately.  Apparently there’s no “scientific evidence” but grandma was right!!!

It rained for the entire week here in north Alabama a week or so ago – and this grandma can tell you, it was not fun.  Have tried to understand barometric pressure – but that’s apparently above my pay grade too.  I can just tell you  “scientific or not” weather does make a difference.

This entry was posted in At Home, Blessed and tagged arthritis, critters, deer, heron, mallards, pond, rain. Bookmark the permalink.

I DO love moving water, but not so much when I have to drive through it. Long Island is mostly flat but a lot of roads flood badly when we have fast, heavy rains. I manage to steer clear of the worst area…and hope you can, too.

You’re right Bettye – that IS a lot of water. We’ve not had rain for about a week now – so it’s going down everywhere – including my pond.
Iris

I think there is some scientific evidence now about the pain in our joints and the weather….I’ll have to look it up, but I swear I just read about it.
I’m glad you’re safe. I’ve heard a ton of flooding issues lately. And I was complaining about our blizzard…silly me.
XOXO
Jodie
http://www.jtouchofstyle.com

Well, I’d complain about a blizzard too.
Iris