I’m pretty sure I’ve always had road service with my auto insurance.  It only adds a smidge to the bill, and gives me a lot of peace of mind.

I did get reimbursed when I had to have my car towed last year when the transmission thing and that was a nice surprise.  But, I’ve never actually called them….

UNTIL IN THE LAST WEEK, AND….. I’ve had to use them twice.

First, I was in Huntsville late last week for an eye doctor appointment – about the only reason I go to Huntsville these days is for a doctor’s appt – and stopped by WalMart on my way home.  I live in a small town and never lock my car, but this was a big WalMart, in the city (don’t laugh), so I locked it.  Came back out and where were my keys – in the ignition (I know, not the smartest place).  <sigh>  Now, I’ve done this before, so I had gotten one of those little magnet boxes and had a key stashed under the back of my car, so I was fine, right?  The key word in that sentence is HAD.  No key box, no key to be had.  Apparently fell off somewhere.

SO, Road Service it was.  At least I was able to sit inside WalMart and people watch (interesting activity) while I waited.  But first, it took 20 minutes on the phone with some lady who was apparently in India.  Eventually we got the basics done and about half an hour later the “We unlock your Car” (or whatever they were called) came.  Took him at least 2 minutes to get into my car and off I went to home.  Tired I might add. (BTW, there is now a spare key in my wallet.)

Then earlier this week, I was headed to an appointment in the next town, came down the curvy mountain road and onto the busy highway.  I’d only gone less than half a mile when I heard a loud roaring noise and decided I should check it out.  Pulled over but then decided it wasn’t a safe place to even get out of the car with traffic whizzing by, so backed into the closest parking lot and discovered I had a flat tire 😏 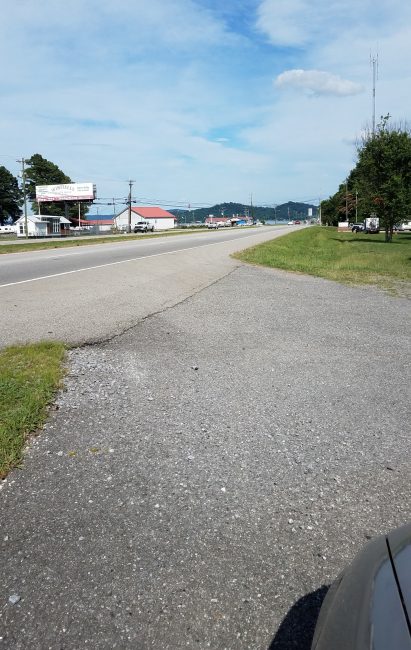 So, you guessed it, I called road service again.  This lady spoke English fine – and REALLY, REALLY fast.  But, we got the basics done again and half an hour later a nice man came to change it for me.  You’d think they could find someone from the same town I live in, but apparently not as he came from the next one.  But, he came and was very pleasant.

On to WalMart (where I originally bought the tires) and 2 hours later I have a new tire (mine weren’t old – but apparently my driving on it was enough to ruin the side 😒).

I have SO much the be thankful for: 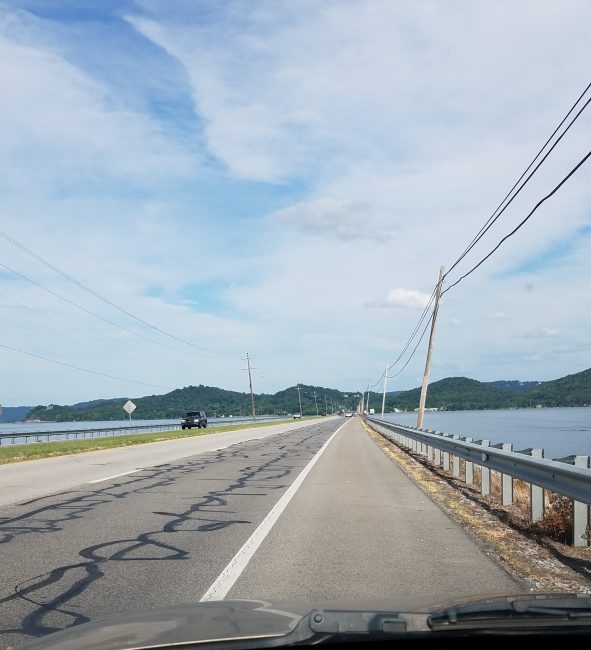 The moral of this story is – pay for road service – if you never need it that’s great, if you do it’s a life saver – AND, if you ever buy your tires from WalMart also pay the $10 per tire for ‘road hazard’.  The only cost to me was $10 for road hazard on my ‘brand new tire’.

This entry was posted in Blessed, Whatever and tagged car, car problems, road service, tires. Bookmark the permalink.

I have had AAA for over 30 years and have never once regretted it!! It’s SO worth the money!!
(Even for the times that I was a blonde and backed into a snowpile and the car wouldn’t start…eeek!!)
XOXO
Jodie

I completely agree – I’d be afraid to be without road service of some kind.
Iris

Ooh, you sound like me, with multiple car issues! I’m glad you’re safe and that roadside assistance. I used to pay for AAA and the peace of mind was nice, but it was expensive and was one of the first things to drop off when money got tight. I’ve always wondered if it’s part of my insurance but I always forget to check! I’m gonna go do that right now!

Yeah, you should check your insurance. I dropped AAA when I found it was available with my insurance. I pay a tiny bit extra for it – not enough to even notice and I wouldn’t be without it.
Iris