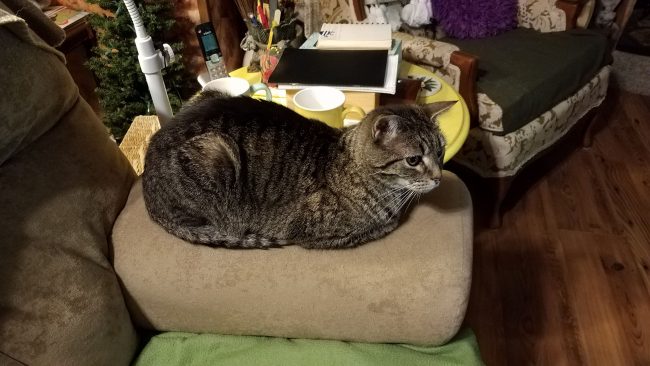 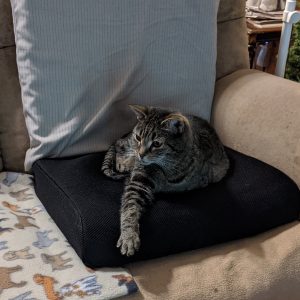 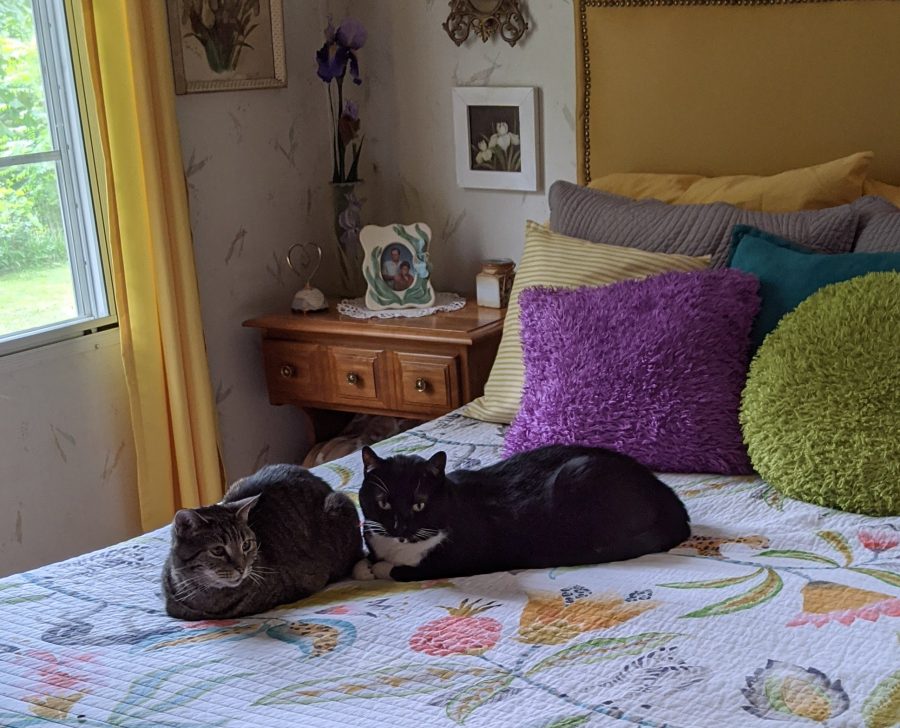 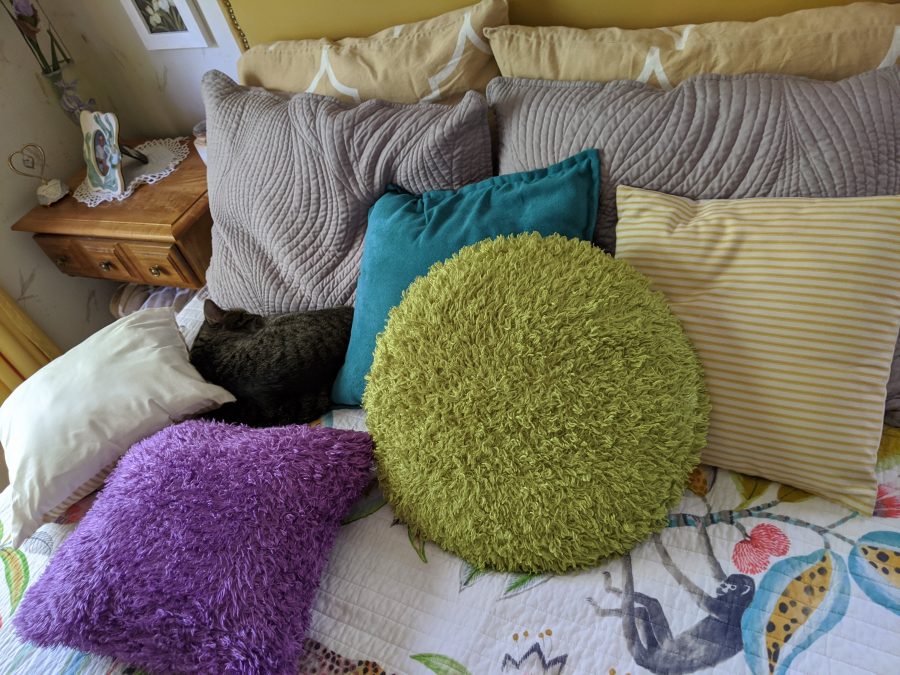 This entry was posted in Animals, At Home, Blessed and tagged Boots, cats, Emma Grace, Koda. Bookmark the permalink.

She is such a beautiful cat and it’s nice you were able to give her a safe and happy home! 🙂

Hope you are having a lovely weekend 🙂

Thank Mica, she is a lovely cat and has become quite clingy since I’ve been at home so much – but so have the other animals also. She’s really a sweetie, just her own cat person.
Iris

Awww…Emma Grace is a beauty and how lucky that she picked a tree in your yard so you could coax her down and give her such a loving home! Yes, I think all cats are strange in their own ways. They definitely have their own personalities and ways they like things done! I’m much more of a “cat person” than a dog person for sure. Cats warm my heart and make me smile. Great post, Iris!

Thanks Debbie. I’ve actually always been more of a dog person, but somehow have wound up with two cats who think they need to be my shadows. However, they – like Koda – are great companions and a lot of company.
Iris