This interesting old house was owned by my great-great grandparents – built sometime in the 1800’s, in Guntersville. I’m pretty sure it wasn’t pink then. Don’t know who owns it now, but at least it’s still there and apparently having some work done on it as there was scaffolding on the left as you’re looking at it. 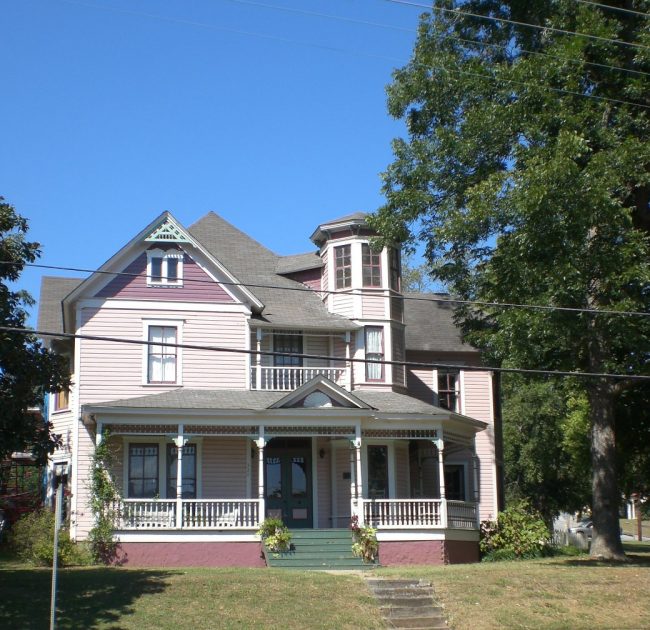 The picture below is the same house somewhere around 1900 – the girl on the far left is my Aunt Sweetie and that’s my grandmother sitting next to her. I have no idea who the other two are, but I love this photo. 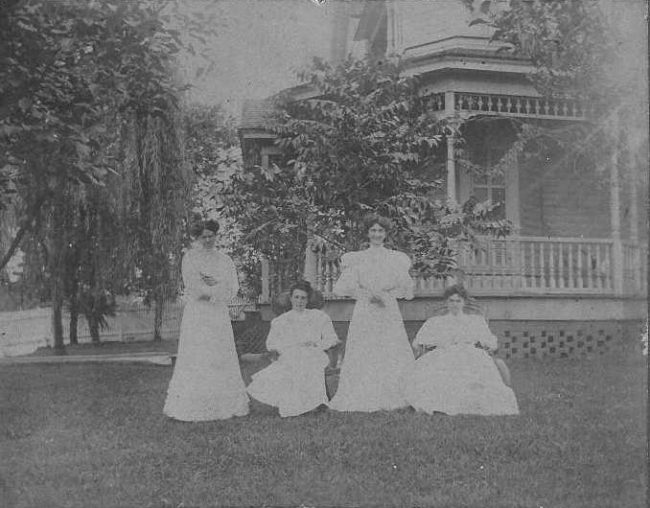 This was also the house my grandmother got married in.  Her mother passed away when she was young and her father traveled a lot afterwards, so her grandparents were the place she called home.

This entry was posted in Remembering, Whatever and tagged 8, Aunt Sweetie, Grandmother, Henry house. Bookmark the permalink.

It’s a beautiful house and even if it is a different colour now it’s great it’s been maintained so well so the little bit of history is there! 🙂

Hope you’ve had a fun weekend! We had a busy one with kids birthday parties both days!

What a priceless treasure this photo is. Aren’t the girls’ dresses magnificent? Oh, to have dressed so fancy!! I probably would tire of it after a time, but I sure do love how feminine they all look in their finery. And what a house!! I always envisioned myself living in a house like that, with five children and married to a small town pediatrician. None of that came to be.

Yeah, I LOVE looking at the dresses from that day and time. Amazing what our ‘thoughts’ of our future were and how they differed from real life.
Iris

Oh my goodness, you have the prettiest houses as well as so much history in your background, Iris! That house is just gorgeous. It must be on the historic register. And the picture of your Aunt Sweetie and Grandmother is lovely. How beautifully women dressed back then! Thank you so much for sharing all this with us.

Thanks Debbie – for the most part I think houses of yesteryear are much more attractive than today’s. I also LOVE the fashions from that period. Probably wouldn’t love taking care of them – but they sure look great in pictures.
Iris