She’s a rescue and definitely a senior citizen with lots of health issues who has to take several medications every day and be on a special diet….. But she’s also a real sweetheart, and her name is “Cami”. 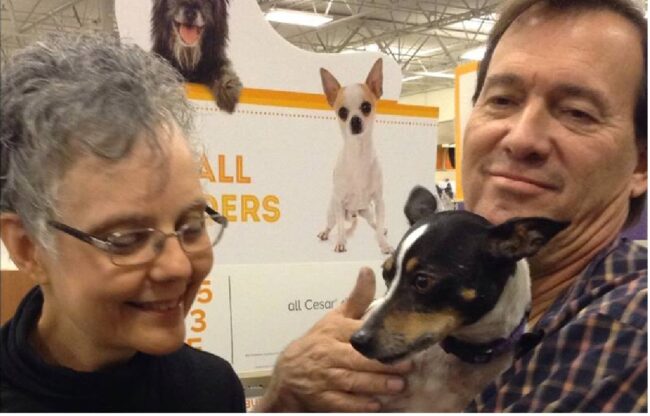 This picture was taken at the adoption event when they got her.

She has her own room at my house – or at least she ‘thinks’ it’s her room.  (It’s actually my sewing room – but don’t tell her that.)  It’s where she an #1 son stayed for several months when he was getting their house in a habitable condition.  DIL is still working and her job is in St. Louis but thankfully she’s able to do a good portion of it online from here in Alabama.

So #1 son has actually taken some time off this week – and gone fishing!!!!  YEA!!! He’s hardly taken a break from when he started working on the house and I think this trip will be good for him.

She and Koda get along okay –  but she doesn’t like for him to come into “her” room.  She’s afraid of the heat vents in the floor so she avoids them carefully.  She and the cats pretty much ignore each other.

Emma Grace isn’t pleased this week.  She had found a place in the window where she could sleep and be comfortable and while Cami can’t get up on top of the chest, Emma Grace isn’t risking it. 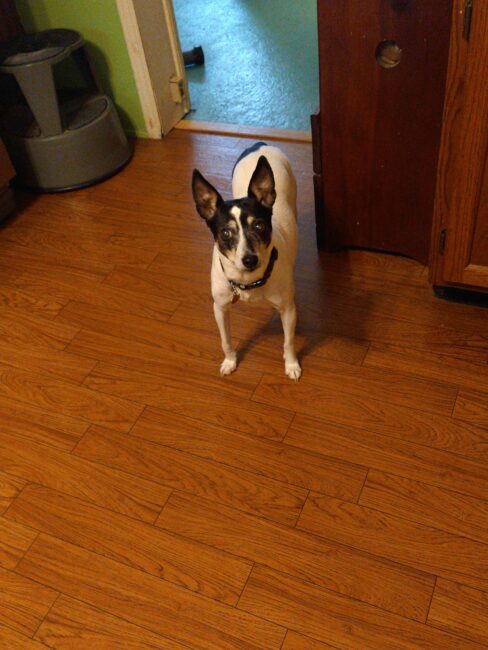 This entry was posted in Animals, At Home, Whatever and tagged #1 DIL, #1 son, Cami, cat, dog. Bookmark the permalink.

Cami looks like a sweet girl, Iris! That’s funny how she thinks your sewing room is “her” room. Animals are just like people in some ways, they like their own spaces, as poor Emma Grace can attest to! Hope #1 Son enjoys his week of fishing!