There’s a cat on the cat tree

😁 and it’s only taken 5 weeks!!!! If you read here, you might remember that I was so annoyed that I’d bought this thing and both cats ignored it.  Boots has been laying on the very bottom for awhile, but has just gone up it in the last day or two (or at least that’s the first time I’ve seen him on it). 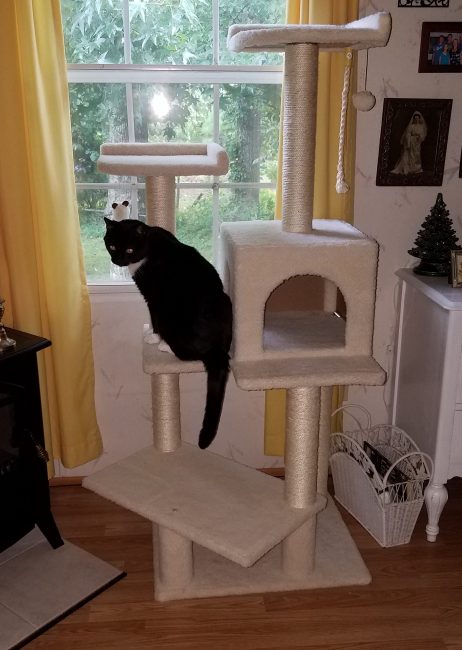 I’d actually seen him on it a couple of times, but I don’t think he wanted me to know he was actually there.  There’s a little dangling ‘mouse’ that he was swatting at this morning.  AND, now he’s FINALLY discovered the little hidey place that he can survey his kingdom from. 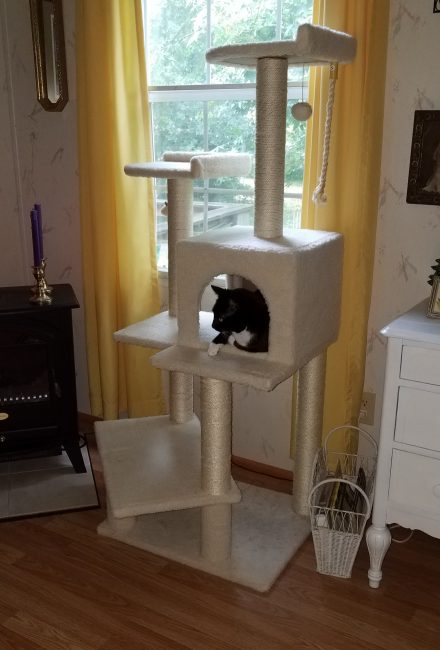 Have not seen Emma Grace 🐱 near it yet.  Maybe one day 😌

This entry was posted in Animals, At Home, Blessed and tagged cat. Bookmark the permalink.

Yay! So glad he’s finally found it. Janey STILL won’t touch the cat scratching tower I bought when I moved to the new place. She much prefers the arms of the new sofa 🙁

Yay!! Isn’t that so exciting, Iris? You know, it has to be all their idea!! LOL
XOOX
Jodie

Of course, a cat would never do something because “I” wanted it to. 🙂
Iris