….when your furbaby is sick?  You panic?!!  Yeah, that pretty much sums it up.  And after an episode of exploding vomit (I know TMI) in the car I was seriously concerned.

I’m talking Koda here – my sweet companion/protector/snuggle bunny…  He hadn’t been feeling his normal self and had thrown up a couple of times, but not really bad. 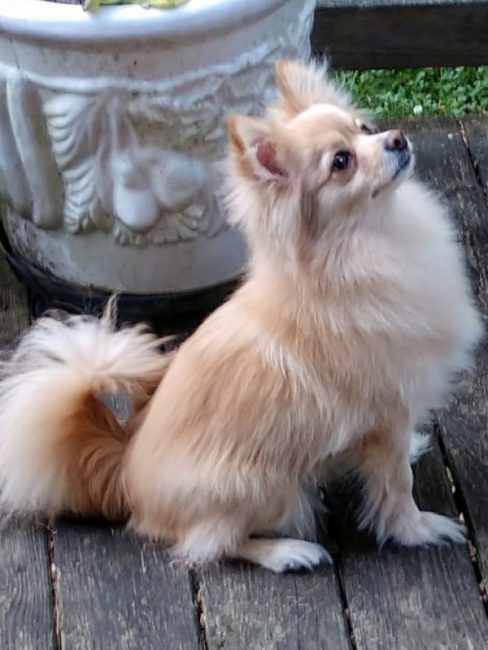 I was at the Post Office and Koda in the car when our emergency happened.  Unable to reach my regular vet, I called another one I knew and while he had never been seen by them, they reacted really well and said they could see him immediately.  I was there in 10 minutes and true to their word they saw him took him right in.  Of course with COVID, I couldn’t go in with him.  This vet is currently located in a Pet Store so there was no place for me to sit but the staff graciously brought a chair outside their door and I was able to sit instead of stand (which was a major blessing as I wasn’t doing very well at that point – I think I was more nervous than Koda was).

All the tests came back normal and no temp, so maybe a bug of some kind or something he’d eaten???   A shot for nausea, and two scripts later we were done and on our way home.  He’s been pretty lethargic and not his normal lively, bouncy, barky self but he’s eaten, pooped and even barked a little.

I was  really impressed that the vet’s office called the next morning to see how he was doing.  And SO many friends and people on facebook have reached out to me.  I am so blessed! 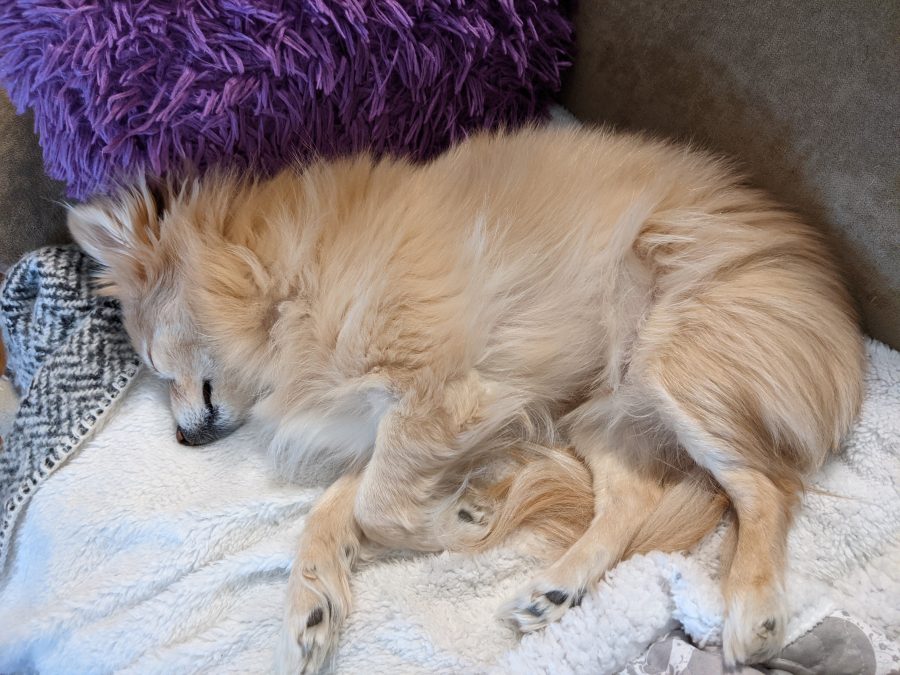 He’s sleeping next to me as I type and He’s doing better – and barked several times today (he usually barks at EVERYTHING).  I never thought I’d say this but I was SO happy to hear him bark!!!

Oh poor puppy! It’s so good they don’t think it’s anything serious and that he is feeling better! It’s so hard when they are sick and we don’t know how to fix it – I’m definitely someone who panics when the kids or my dog get sick! Hopefully he continues to get well and is back to his normal self soon!

Unfortunately we’re still fighting this. He seems to feel better for awhile, then is sick again. It really is difficult. Thanks for the kind words.
Iris

Oh, poor little Koda! I totally understand how awful it feels when one of our fur babies is sick. I’m so thankful that the vet was able to see him and help him. I hope that each day finds Koda feeling better and better!

Thanks Debbie, unfortunately we’re still fighting this illness. It is so difficult. Thanks for stopping by and your sweet thoughts.
Iris

Oh, dear little Koda! It’s so alarming when they’re sick! I would always rush Caleb to the vet much sooner than I’d even take myself.

Me: uh, broken leg? that’s okay, I’ll just get around a little slower than usual
Caleb: “sneeze” QUICK! GET TO THE EMERGENCY CLINIC, STAT!

I hope he’s continuing to do better…and you too!

Thanks Bettye – and I’m pretty much the same way. Those furbabies can sure worm their way into our hearts. I’m still having to give him the anti-nausea meds, but he’s much more like his old self and definitely comes for a treat when he stops barking. They learn pretty fast when they want to.
Iris

Poor Koda!! It’s so hard when they aren’t feeling well because they can’t tell you anything. I’m so glad you were able to get in right away, and he’s doing a little better.
OOXX
Jodie
http://www.jtouchofstyle.com

Thanks Jodie – it really is VERY hard. He did throw up again last night. It’s like taking care of a sick baby – they can’t tell you. I am really thankful we could get into the vet quickly. He’s still on meds so maybe soon.
Iris