So, I’ve been in the process of redoing an upstairs bedroom for months.  I’m normally much faster when I decide on a project – but remember, I’m old and I don’t move quite as fast as I once did.  This room has had a variety of names since it’s inception (I like naming rooms).  It was originally my sewing room – then it morphed into the Barbie room, from there it became my granddaughter’s room and now it’s a “new guest room” (currently without name).

So, this room was originally a guest room that…

Last Thanksgiving #2 son from Texas was here and took the daybed apart and moved it out into the FROG room (family room over garage). 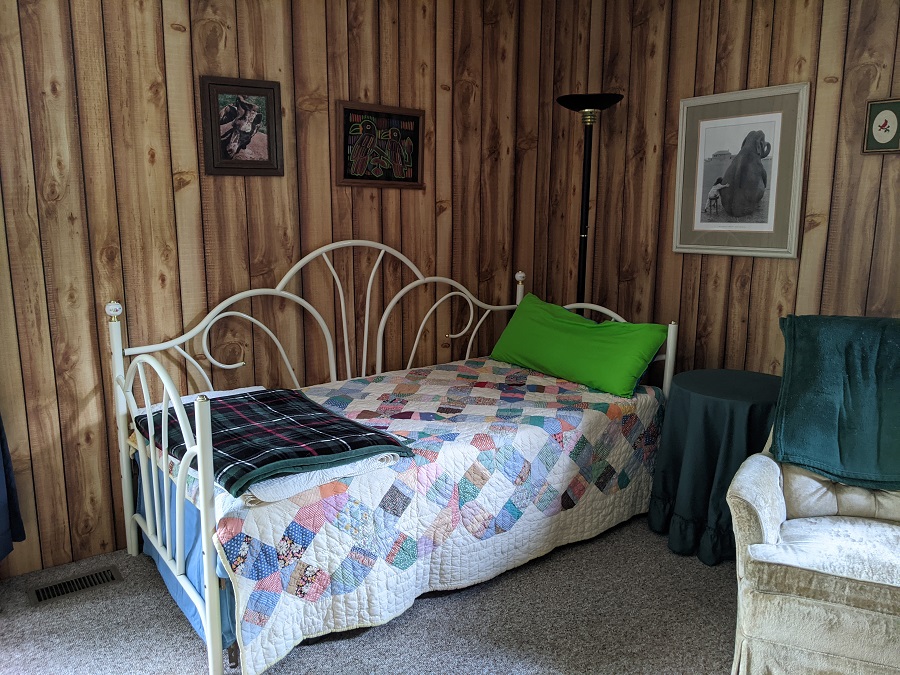 It’s taken me awhile to get everything else in the room in order, but finally “most” of the drawers are cleaned out, there’s a new bed and mattress and I have a another guest room.  All the shelves on the walls in the room were originally for Barbies, now they hold family pictures and other memorabilia.

I ordered the bed frame and mattress and #1 son put the bed together for me.  The mattress is a foam one that came rolled up in a LARGE box.  I’m still not pleased with the mattress – it never expanded as much as it was supposed to.  I sleep on one of those and love it – hopefully it’ll work for guests. 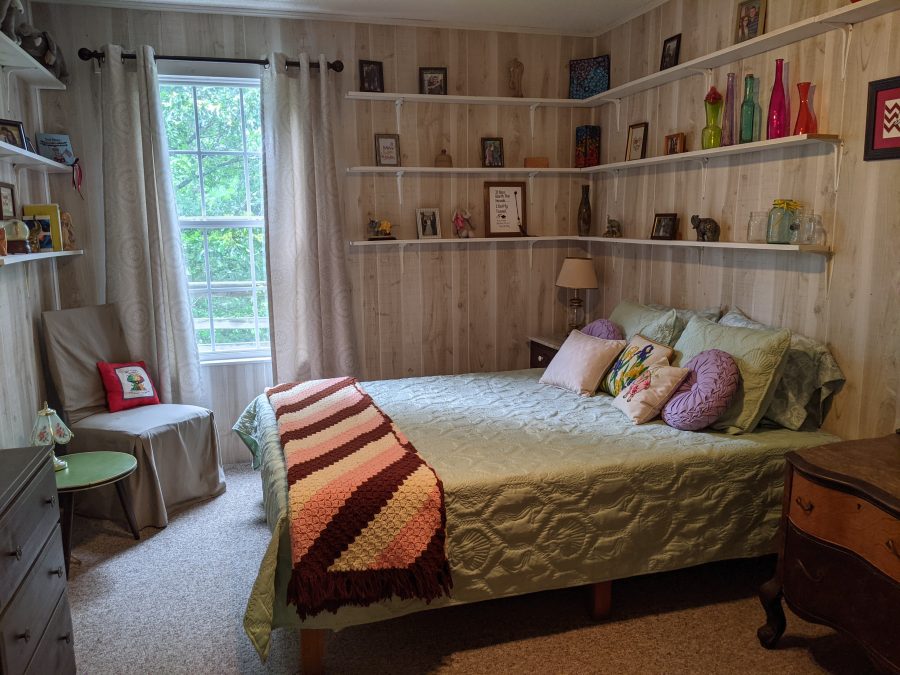 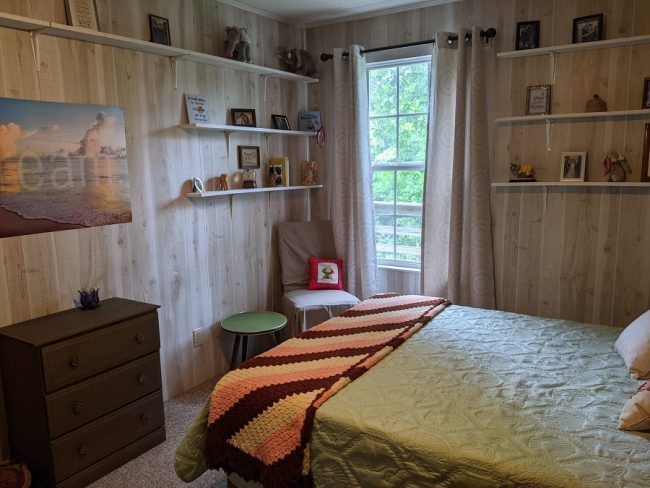 #1 DIL used it over Memorial Day weekend, so I think it’s at least acceptable.

What a pretty room, Iris! I know it feels good to get your guest room project finished and your guests will love staying in the room. Love your color choices too!

I am pretty pleased with it. I wanted it to be cheery and comfty, hopefully that’s the feeling guests will get.
Iris

that is such a lovely room! I really like how you decorated and made the most of the shelves, it looks like a cosy and welcoming guest room 🙂

Hope you had a good weekend! It was a quiet one here 🙂

I am sure DIL was most impressed. The room is lovely. Great work. Most inviting for any guest!!

Thanks Leslie, I don’t know if she was impressed or not, but at least it was a nice fresh place to sleep. It’s surely not fancy, but I think it’ll work.
Iris