Getting a New Roof

Yup, it’s past that time.  I’ve needed one for awhile, but you know.  It’s just one of those things you keep putting off – until it gets serious.

#1 son (who is renovating my parents home) had to have a new roof put on it and so I was able to use his roofer who is reasonably priced (still high for me, but…. it is what it is) and does a good job.

They’ve been here for several days already and gosh do they make a mess!  I know, I know, they’re trying to clean it up as they go, but there’s just all this “little stuff” falling down – outside and INSIDE.  As they walk and bang on the roof, it seems there’s a ‘fine powdery dust’ falling in my house (from my ceiling).  They’ve had to replace several pieces of plywood, so however they do that probably contributes to the mess.  Plus lots of ‘little black stuff’ on my deck and front porch (which they’re blow off every day). 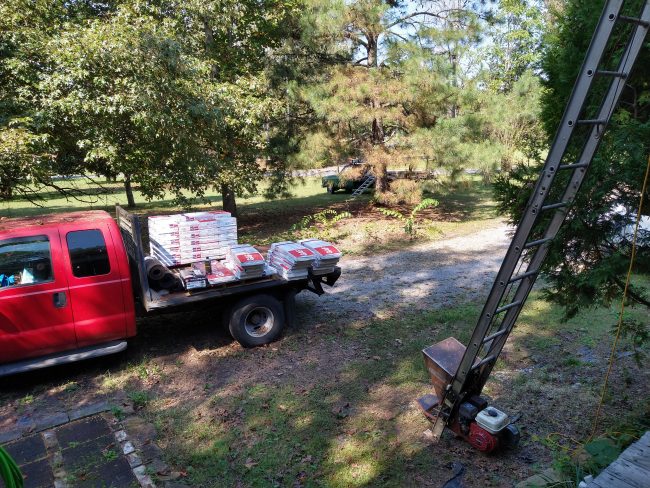 They have this fancy contraption attached to the ladder that magically takes the shingles up to the roof – they’ve already taken a bunch – but I do have a pretty big roof, though of course you can’t see the ‘top’ where they’re actually working.  And, they can’t really get their truck up as close as they’d like for all the debris they’re taking off, because… I have plants/shrubs/STUFF close to my house, and the back is virtually impossible to get to. 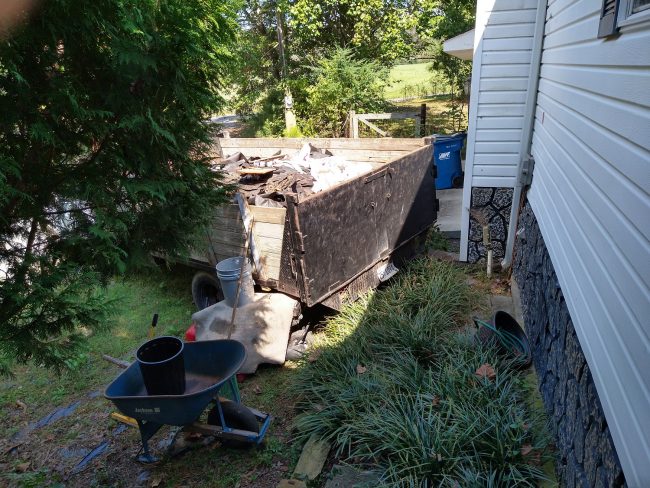 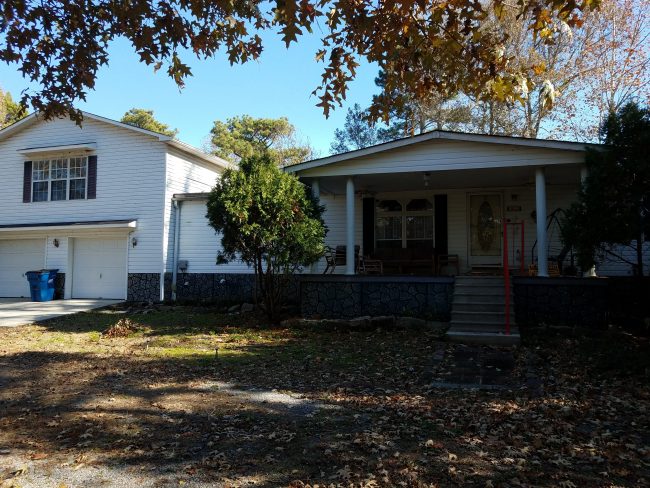 The animals are way less than pleased too.  Koda and both cats just go nuts.  I thought Koda would be barking the entire time, but instead he cowers as close to me as he can get.  I have some doggie stuff to try and calm him down.  But couldn’t get it in him.  Finally resorted to a very light dose of Benadryl and that helped some.  The cats are frantically trying to hide.

At least my kinda sad little fall scarecrow wreath is still by my front door. 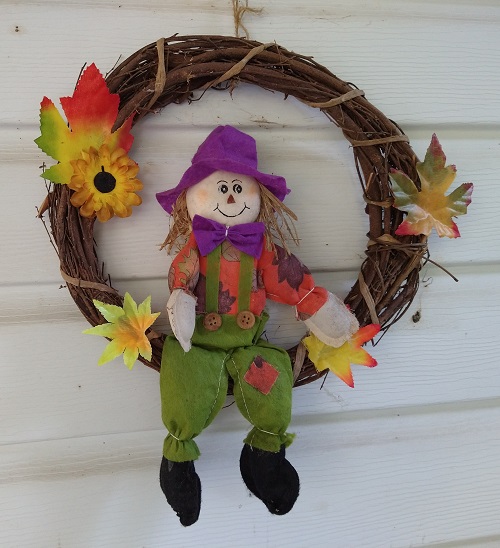 I know this will be over with soon, and I’ll be the proud owner of a leakless house!

This entry was posted in Animals, At Home, Whatever and tagged #1 son, cats, house, Koda, roof. Bookmark the permalink.

It will be worth it all when it is finished! poor you and the pets must really be feeling out of sorts but as you said it won’t take too much longer!

Hope you are having a great week 🙂

Hi Mica, thanks for stopping by. Thankfully the roof is finished. It will take me forever to get the house clean from all the powdery dust that now covers most everything but at least the animals have calmed down.
Iris

I know you will be happy when the roofing is finished, Iris. Hang in there. Your poor little pets will be happy to! Have you tried Feliway spray to calm them? They used it at a Vet I took Cassie to once and she calmed right down. It comes in sprays and also in atomizers you can plug in the wall. The downside of this is it is pricey.

Well, thankfully the roofing is finally finished so pets are much calmer. I’m not familiar with the spray you mentioned, but will definitely look into it. Does it calm people too? I might need some of that when Koda is barking so much. 🙂
Iris

It’s never any fun going through these renovations, is it Iris?? UGH. I know many of my friends use doggy CBD and it helps!!
But it will definitely be worth it soon!! Hang in there.
XOXO
Jodie
http://www.jtouchofstyle.com

Oh, I know in the long run it’ll be great – though I may never get my house clean again. Lots of powdery stuff coming down from my ceilings so I have a fine white dust (not my first choice). I might look into the doggy CBD – benadryl didn’t help at all, nor any of the other ‘calming’ things I had for him. Thank God this isn’t a long term thing!
Iris

Oh, it will be most enjoyable to live and OWN a leakless house. Especially with winter coming. But I really dislike the smell of the tar heating equipment and the folks working on the roof, stomping about. Hope this chapter is soon behind you and the animals.

You’re so right Leslie – they finished up late Friday, so it’s a bit quieter at my house – and the animals are MUCH happier (me too). The roof was overdue and I’m so glad it’s over and done and I don’t have to worry when it rains.
Iris