Well, in Alabama you need to be either an “Auburn” or “Alabama” fan (college football).  Everyone takes their football VERY seriously.  Now, I’ve always been an Auburn fan – “WAR EAGLE”; as opposed to Alabama – “Roll Tide”.  Big rivals.

Of course Alabama has had the best football team for a number of years.  Auburn doesn’t manage their sports very well and gets rid of head football coaches like I get rid of leaves on my deck.

Anyway – enough of that.  It turns out Auburn was invited to play in this year’s “Birmingham Bowl” (definitely not one of the big bowl games), and my  #1 son got tickets and took me to the ballgame.  I’d never been to an Auburn game and never been to a bowl game, so I was excited to go.

This turned out to be a serious adventure.  We’re about 1-1/2 hours from Birmingham an knew the traffic would be bad, but had no idea it would be as bad as it turned out.  We had prepaid parking at a nice parking garage – but getting to it was a nightmare.  The Birmingham police were useless in traffic control.  SO, a 1-1/2 hour trip actually took almost 3 hours by the time we got parked.

THEN we had to get to the stadium – which was 1/2 mile away.  Now, I knew this, I guess I just didn’t realize how FAR 1/2 mile was for an old lady who hasn’t walked much in the last few years.

We finally made it to the stadium (along with 9 million of our closest friends) and discovered our seats were all the way at the other end – another very long walk, a lot of which was uphill.  FINALLY got to our seats for the ballgame. 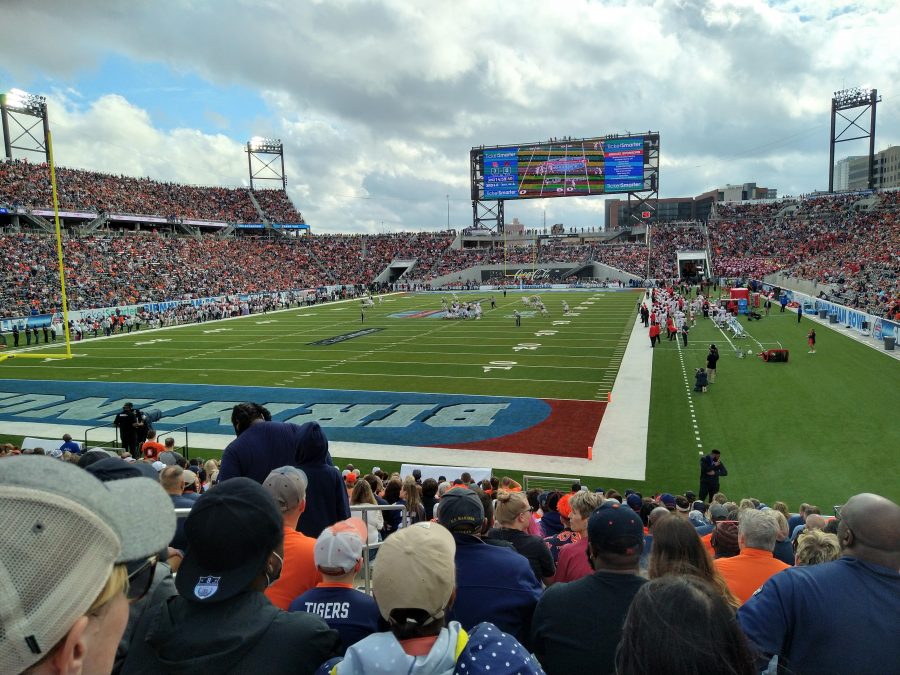 Forecast was for rain, however…. it was about 70 degrees and bright sunshine.  Not a problem, I was not looking forward to rain.  Brand new stadium and the nicest cleanest rest rooms I’ve ever seen at a public facility. 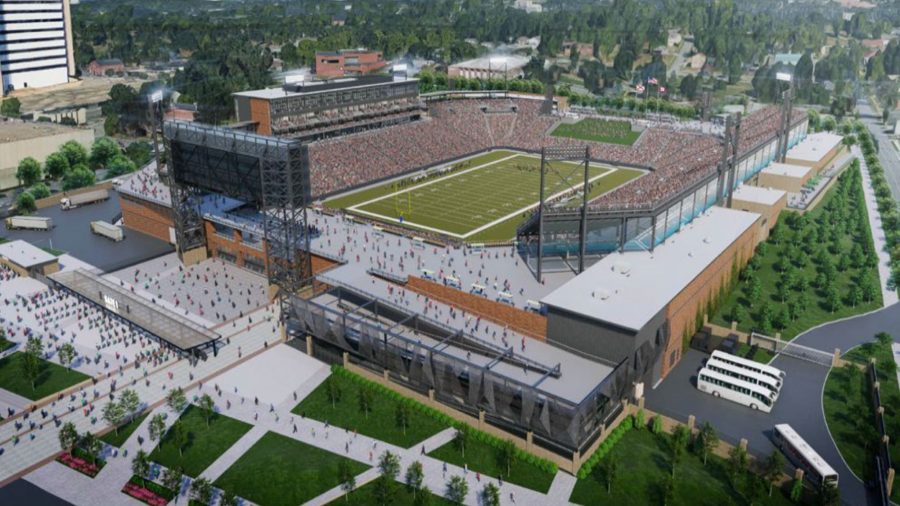 My favorite was the band – they did a great job.

This entry was posted in Whatever and tagged #1 son, Birmingham, bowl game, football. Bookmark the permalink.

I’m not a huge football fan but I would have enjoyed the band too!! Sounds like you had an adventure!

Well that was your workout for the day, eh?? But what a fun adventure even if they didn’t win!!
OXOX
Jodie
http://www.jtouchofstyle.com