Since I just wrote about the ‘goat hearding’ kittens, thought I’d do a post about some of the goats.  We had goats from late 1990 until around 2012 or 2013.  Their original job was clearing – and they did a great job of that.  And, they kept the pasture nice and clear as long as they were here. It’s not that way anymore.  It’s amazing how fast things will grow up.

We had MANY over those years.  I think we originally bought 6.  That grew to 50 at one time and they thought Chuck was the pied piper.  If he was out in the field they followed him.  He fed them corn daily, so they LOVED him.

The babies were always adorable and came in many different colors, though browns were the most plentiful. 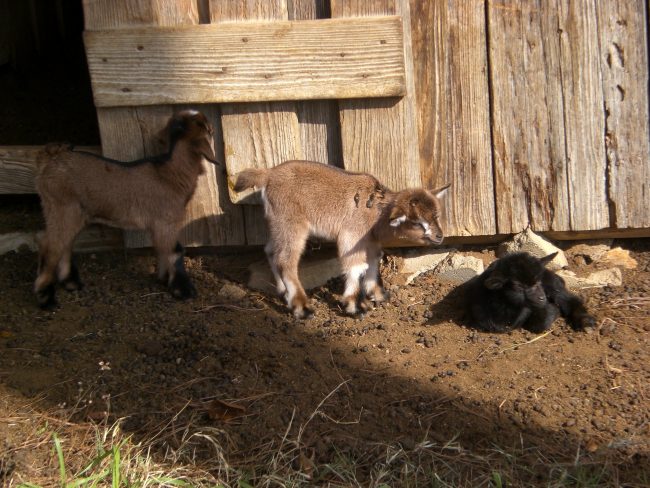 I named them all – though I only remember a few. 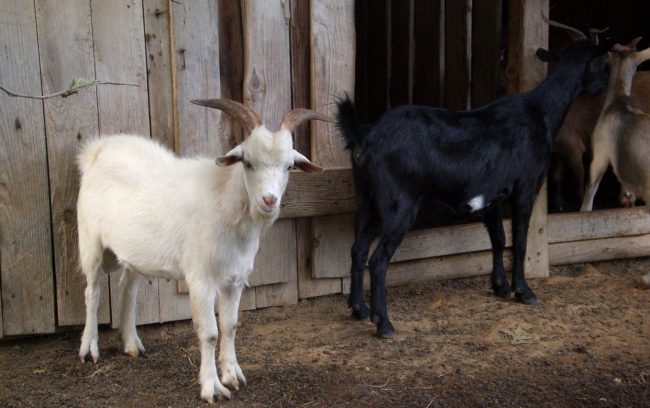 The white one is “Casper” and he was “the” male at the time.

There were a few times when I had baby goats in my kitchen – too cold, mom wasn’t doing her job, whatever.

And this is “Sweetie”. She was an old lady of 12 years old when this picture was taken. I bottle raised her as her mother rejected her – so she was definitely spoiled rotten. She was also the main boss lady – ALL the others did what she told them. 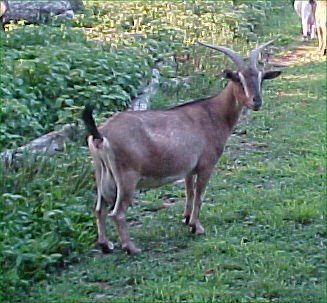 If she saw me outside, she was right there.  She was an excellent mother and raised many babies on her own. 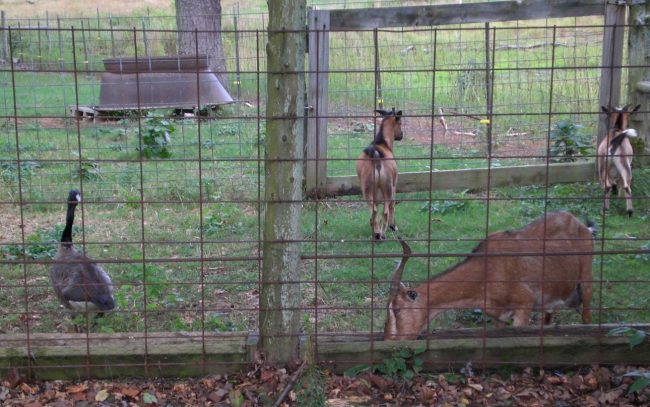 They were fed in a coral so they could be confined if we needed for whatever reason.  Sweetie was the tamest since she thought I was her mama anyway.  And that looks like Duchess (goose), I’ll have to post about her later.

This entry was posted in Whatever and tagged Duchess, farm, goats, Sweetie. Bookmark the permalink.

I have just gotten on the goat bandwagon. Apparently, goats are really having a moment right now. I like you have loved them since long before they were a thing. About 4 0r 5 years ago, I was driving over the mountain the divides El Paso, heading to a school where I was subbing. It was early morning, and there on one of the mountainsides was a goat!! I almost wrecked the car. When I told the family, they all thought I was crazy. And I never saw the goat again. Until about this time last year!! And there he… Read more »

Sweetie really was a gentle soul and an exceptionally good mother.

I love the idea of you seeing that wild goat in about the same place. They are creatures of habit. I know what you mean – it always makes my day to see any kind of wild animal.
Iris

Oh, I do love the go-goaties 🙂 My ex’s daughter has a couple at her barn I can go and visit when I need a dose of goatiness…and, of course, my cup of love for bouncy baby goaties runneth over everyday when I see cute lil baby goat videos on the magical internet.

Don’t you think you’d like a couple again? To keep those nasty weeds down? And so I can see pictures of them?

I would love a few goats to take care of the weeds and growth. I’m just not physically able to take care of them. While they are relatively self sufficient, they’re also dumber than rocks and can get into the worse messes. And, fences have to be kept up – not able to do that anymore.

Maybe, when #1 son retires and gets down here that will change. They sure can clean up a place – that was the original reason we got them all those years ago.

I promise pictures if #1 son gets some.
Iris

OMG…how cool!! I always used to joke that we needed a goat instead of a lawn mower. Do you know they have goat yoga here in AZ….the baby goats jump on you while you’re bending over in yoga. I’ve never done it but I’ve seen photos!!!
My mom had two goats when she was growing up on a farm. Named Violet and Verbena!!!
OXOX
Jodie
http://www.jtouchofstyle.com

Goats do make excellent lawn mowers. We “rented” a couple from friends when we lived in Missouri. And, there’s nothing cuter than baby goats, but they all require care!
Iris

It’s amazing you had so many goats! 🙂 They look lovely! Such a nice way to keep the pasture clear! 🙂

Hope you are having a good weekend 🙂

The goats do an excellent job of cleaning up a pasture, depending on how many you have and how bad the pasture has grown up. It would take a lot at my house these days. Maybe one day when #1 son moves here.
Iris

Oh, I loved reading about the goats you had, Iris! I always enjoyed visiting a nearby author’s farm where there were goats and seeing all of the “goat” personalities! Thank you for sharing. I can’t wait to hear about Duchess!

The goats are definitely interesting – and require a fair amount of care. I’ll have to get to thinking about the Duchess post.
Iris