Well, sometimes you just need to do things yourself.  Now, there are MANY things that I used to do that I just can’t manage anymore, and that gets pretty frustrating sometimes.

#1 son comes frequently and I always have a list for him.  But I decided I could accomplish this particular chore myself (and save him from having to do every little thing).

The door out onto my deck is probably the most used exterior door in my house and the doorknob had just gotten to where I could barely open it.  I tried WD40 & I tried graphite.  I think it was like me – just too old.  Anyway, between the arthritis in my right hand and the cranky door knob it was getting pretty annoying.

My first thought for a replacement was a nice handle instead of a doorknob.  That would be really easy to open, wouldn’t have to turn anything. 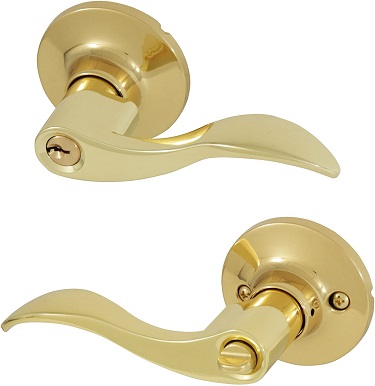 But then…. Boots (smart cat) would have had the door open in no time. 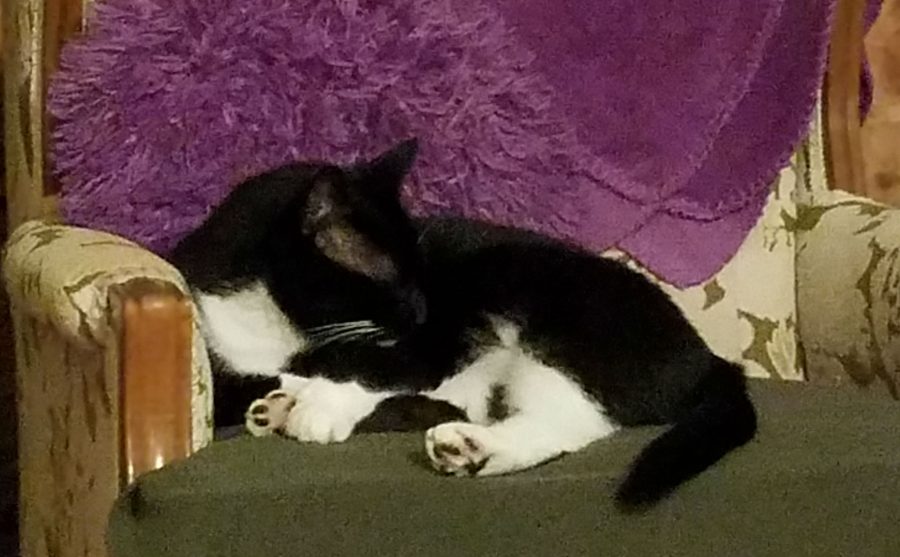 He was forced to become an indoor kitty against his will and while he’s doing much better, he’s tried and tried to reach up and turn that door knob, he just can’t manage it.  SO, new door knob it is.

I searched online (would have done local, but not going in stores these days) and found one that looked like my old one.  Well, maybe a bit more shiny since the old one had been there quite awhile. 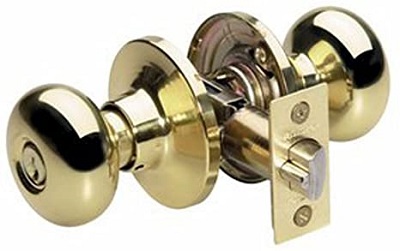 Instructions were actually very clear and easy to understand, I only needed a screwdriver and walla – a little work and my door has a new door knob that I can open. 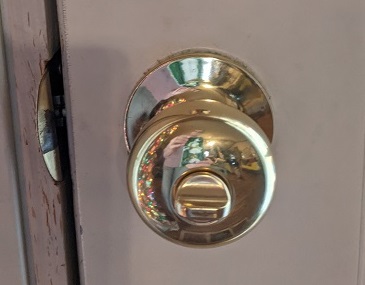 This entry was posted in At Home, DIY, Whatever and tagged #1 son, Boots, cat, home. Bookmark the permalink.

Good job figuring out how to replace your malfunctioning doorknob, Iris!! It looks good.

Thanks Debbie – it’s working great too. Nice to have one that works really well – and that’s the most used door in my house.
Iris

Well done for replacing that yourself! I have no clue for home maintenance, I leave it all to my husband, haha!

Hope that you are having a good weekend 🙂 Took the kids to a new park today, they loved it! 🙂

Well, I used to leave all that to my husband, but now that I’m alone it’s amazing how many things I’ve figured out how to do myself.

The park sounds great, always good to get the kids out and about.
Iris

Well, that’s impressive that you replaced that yourself Iris. And Boots could open the other kind?? Wow…now that’s a smart cat!!!
XOOX
Jodie
http://www.jtouchofstyle.com

Yes he is a smart cat. He knows exactly what makes the door open, he just can’t quite grasp the round doorknob!
Iris

Hi, Iris, I’m impressed. I don’t think I have ever changed a doorknob before. But, after reading this, I bet I would try. But, in my defense, I am busy taking paneling out of a room and going to do my own drywall. I haven’t taped and mudded in ages but thought I would give it a try. Take care, we have a door know like that that one of our dogs, regularly opens up to get back in the house. But, it does look cat proof, I think.

Well my goodness, I’ve never tried drywall either. You’re very brave. I’m sure you could do a simple doorknob. Those critters can be pretty smart sometimes..
Iris