Yes, I had an aunt (actually great-aunt) who was called Sweetie.

I suspect there was a two fold reason for that.  First, I’m sure she was truly a sweetie as a child – she was always a sweetie in my lifetime.  Second, she was named for her grandfather – not grandmother – GRANDFATHER.  Who names a little girl after her grandfather?  Well, they did.  Her maternal grandfather was Ira Foster – quartermaster general in the Civil War, state representative in two states, wealthy, apparently a really strong individual.  But…..

Anyway, I digress!  Her name was Ira Foster Ayres (Ramsey) but she was known to one and all as “Sweetie”. 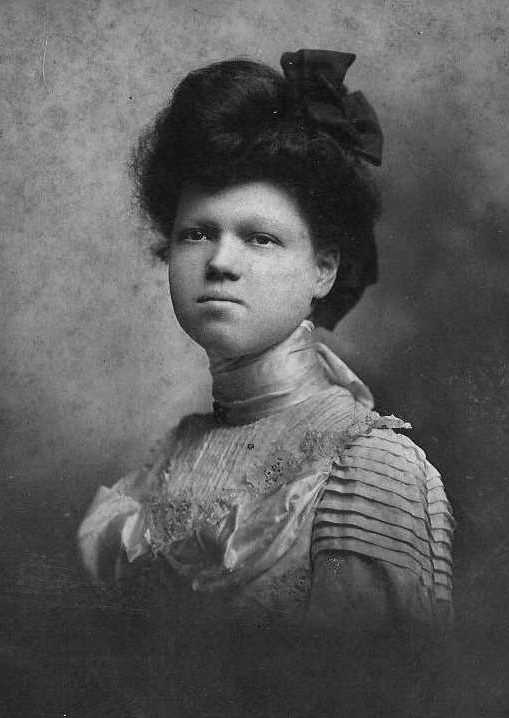 She married a banker from Tennessee – I wish I knew how they met, but that story is gone.  A neighbor on Georgia Mountain (where they lived and where I live now) told me a fascinating story about her wedding.  She said Aunt Sweetie’s parents bought an incredibly large number of yards of linen and spread it down the driveway (a long ways in itself) and up the road (another long distance) to the church so she didn’t have to walk in the dirt.  Just look at that wedding dress! 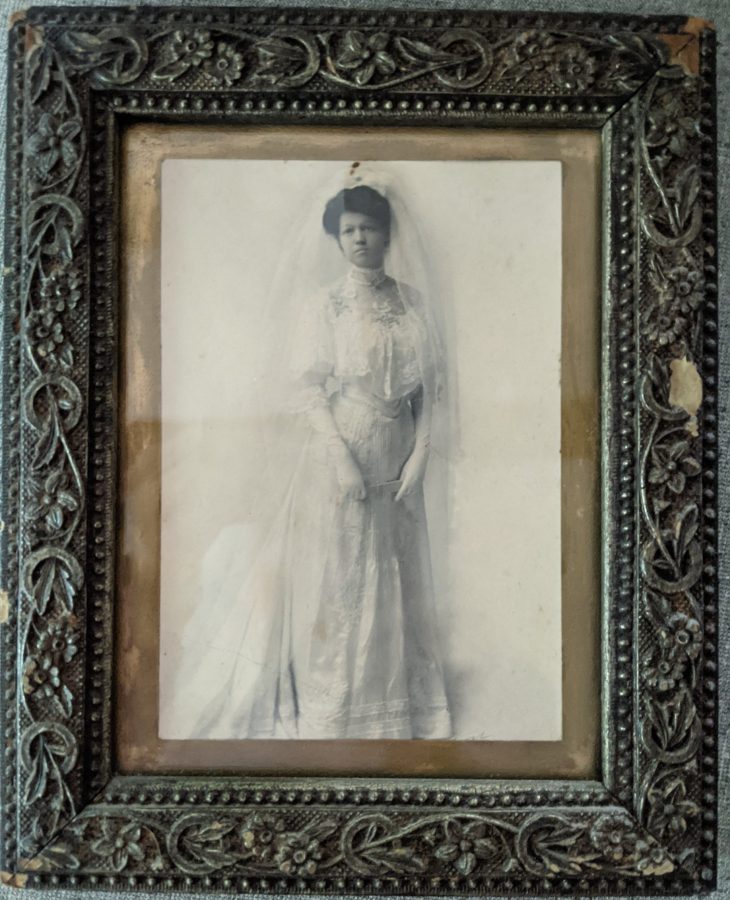 And look at this outfit – love the length and love the shoes, but can you imagine lacing those up. 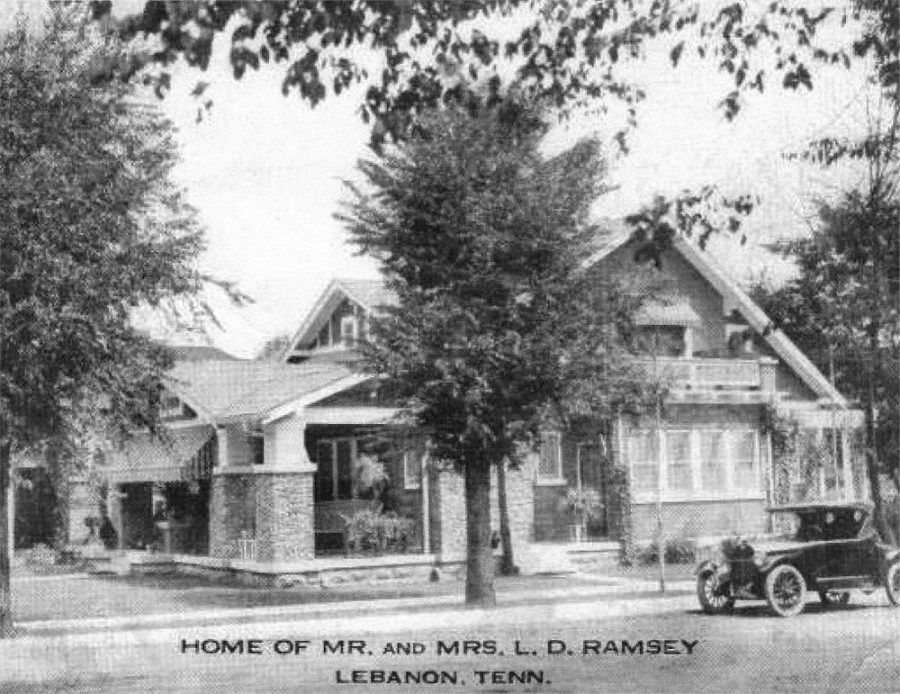 I love the old pictures.  The house picture is from an old post card.  Her husband died early and they had no children but she remained in Lebanon until she died (in 1963).  My mother and I stayed with her for awhile during WWII and I have some great memories from then (another post maybe).

Her only family were my family and my Dad’s brothers, so we became very close.  She was an animal lover and VERY special in my life.

This entry was posted in Remembering, Whatever and tagged Aunt Sweetie, Memories. Bookmark the permalink.

She sounds like a wonderful aunt and it’s great you have so many photos of her! that really was an incredible wedding dress!

Hope you are having a good day 🙂

She was the epitome of a perfect aunt. I still miss her today and have such wonderful memories. Wasn’t that dress gorgeous?!
Iris

Love this story Iris. Loved the wedding gown and those shoes and the look of that second outfit, just the best. I’m sure it made perfect sense to someone to name her Ira 🙂

Thanks Jacki – I guess it did make sense then. She was always dressed well in my lifetime, but I do Love those shoes – and the wedding gown too.
Iris

Thank you for sharing this precious lady with us. What a fashionista she was. And look at that tiny waist in her wedding dress. Love the wedding story. Been through Lebanon, Tennessee many times traveling to and from the University of Tennessee and home in Memphis. I see a family resemblance between you and your beloved aunt.

Oh thank you Leslie – I would love to have been like her. She was such an incredible person, a true lady, and yes, a fashionista. I need to write the story of the red coat sometime.

Yes, we need to know the story of the red coat!!