What a Funeral it was!

If you don’t like to talk about funerals – stop reading now.  But I’m here to tell you – this one was different!

I lost Chuck on October 16, 2005 – a date seared into my memory.  But, planning his funeral was not difficult – he had already done it, and he wanted a party!  It did take a lot of work by all involved, but I was relieved of most decisions.  #3 son (a minister) took on the responsibility of coordinating everything… a huge relief to me.

Chuck loved the Lord and wanted his family and friends to rejoice in the fact that he had gone home.  For those attending it was possibly a yardstick by which future funerals are judged.  It was NOT brief – but it was memorable. He spent many, many hours going over what he wanted and he talked to every person he wanted involved and requested their help.

He called it his “going home celebration” – and that’s exactly what it was. It was held in our church and at the cemetery with 4 ministers involved (from 3 different states), the church Praise Team, and friends who planned and executed the dinner afterwards.  We were blessed with a gorgeous fall day.  Here’s how it went: 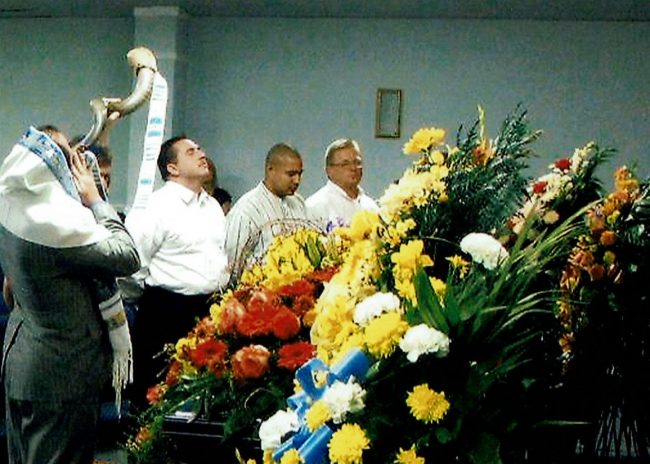 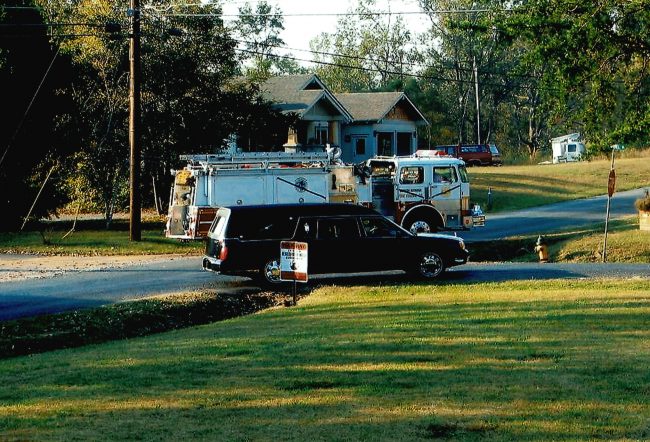 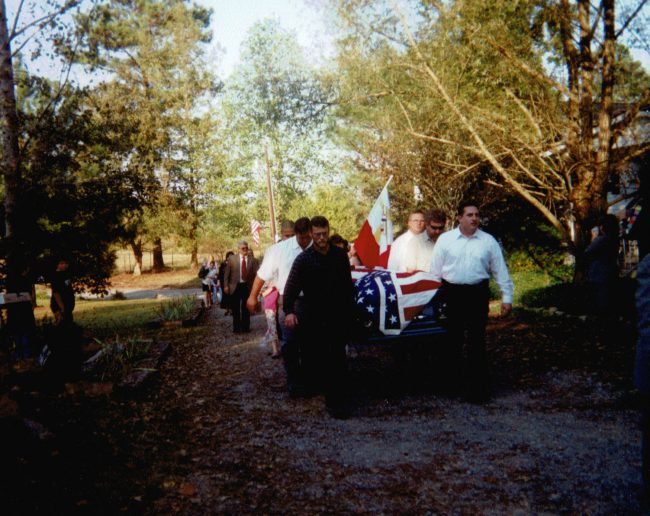 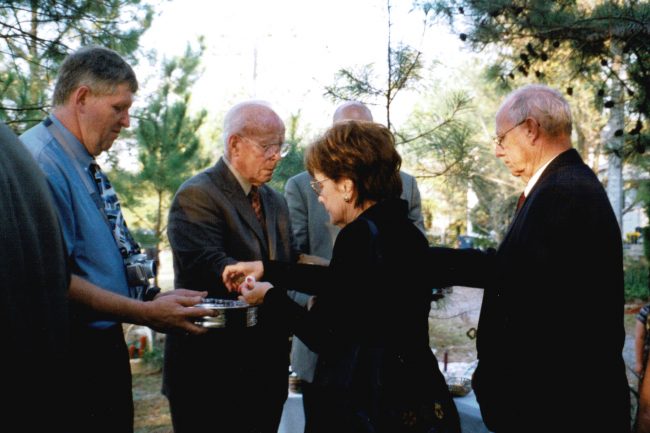 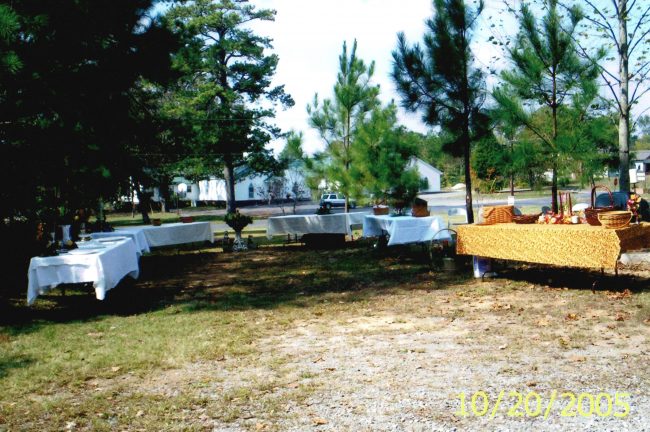 If you’re still with me you can see what I meant at the beginning of this post.  A number of people made pictures and were kind enough to share them with me.  I spent a good bit of time creating a photo album with notes (hence I was able to add all these details).  The creation of the album was very carthartic for me and it reminds me all over again how grateful I am for friends and family.

This entry was posted in Remembering, Whatever and tagged Asher, banquet, Chuck, funeral, ramblings, shofar, son. Bookmark the permalink.

It sounds like it was just what you all needed at the time. Nice to have such great photos to look back on. Thanks for sharing.

I think you’re right Jacki – as well as he planned it – it was good for us too.
Iris

I love it when it’s a celebration of their life. I always think that’s how it should be. Of course it’s still sad to lose our loved ones, but remembering all of the parts of their life is so heart warming.
Not that I like losing anyone, but I usually enjoy a funeral, because I will learn so much more about a person.
Thanks so much for sharing this, Iris!
XOOX
Jodie
http://www.jtouchofstyle.com

Never easy to lose someone you love – but I much prefer ‘celebration’ funerals to the mopey kind.
Iris

I also had a great celebration for my husband (John H McGriff). The music was great and flowers were beautiful. that was all that was in his celebration that was usual. His son gave him a wonderful speech that embodied his dad. many laughs and tears. His friends took us down memory lane with the laughs and sayings of Johnny. and there were many. our pastor also served Johnny well. Many laughs and tears of stories of his life. Johnny never met a stranger. My great Aunt who can not hear very well told me that it must have been… Read more »

That’s perfect Gail. Thanks for sharing. I hope when my time comes, it can be that way.
Iris